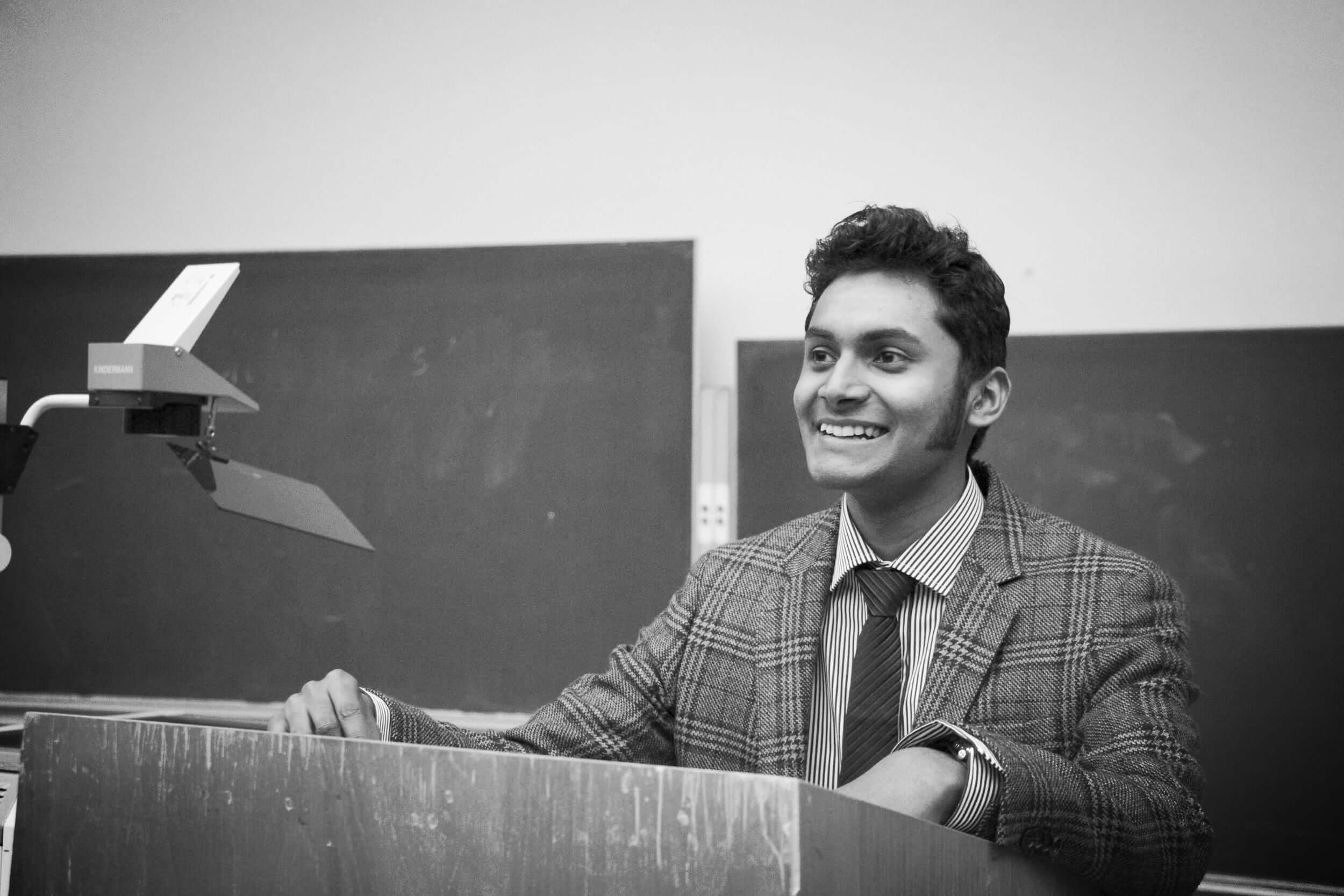 Upon finishing high school in Mymensingh, Bangladesh, Hassan moved to Germany to pursue his dream of becoming an aerospace engineer. He graduated with a bachelor’s degree in 2014 and a master’s degree in 2016, both in Aerospace Engineering, from the University of Stuttgart, Germany. During his bachelor’s degree, he had an industrial placement at the A380 Chief Engineering Department of Airbus Group in Hamburg, where he worked as an intern and later as a research student for his thesis; the work of his bachelor’s thesis has been implemented at the final assembly line of the Airbus A380 in Hamburg. For his master’s degree, he specialised in ‘Mathematical & Physical Modelling’ and ‘Jet Propulsion,’ both with an emphasis on high-speed aerothermodynamics. In 2015, he went to the University of Arizona, USA as a Visiting Research Scholar to conduct research at Professor Hermann Fasel’s CFD Laboratory for his master’s thesis; this was part of a historical partnership between the University of Stuttgart and the University of Arizona, which was funded by the prestigious Erich-Becker Scholarship. His master’s thesis was on ‘Numerical Simulation of Shock/Boundary-Layer Interaction in Supersonic Flows,’ where he investigated the flow’s instability and its effects in the event of a shock/boundary-layer interaction. From an application’s perspective, the obtained results are of interest for implications on heat transfer enhancement for a high-speed aerial vehicle and air-fuel mixing in a scramjet propulsion system.

Currently, Hassan is conducting research as a DPhil candidate within the Oxford Hypersonics Group at the Oxford Thermo-Fluids Institute, University of Oxford under the supervision of Professor Matthew McGilvray. Their project investigates a particular cooling method — known as transpiration cooling — for a hypersonic vehicle, a vehicle that flies at greater speeds than five times the speed of sound. This uses a cooling gas, injected through a porous material, which extracts heat from the material and dribbles out onto the surface, creating a cool blanket around the vehicle and thereby protecting it from the shock heated gas. This project intends to develop experimental techniques and utilise ceramic materials; the experiments are carried out in the Oxford High Density Hypersonic Tunnel. In particular, Hassan’s work has, for the very first time, utilised and characterised porous Ultra-High-Temperature-Ceramics (UHTC) for the purpose of transpiration cooling, increasing the potential temperature threshold of the porous wall up to 3500 K. This work was presented at the AIAA SPACE in 2018. In addition, he is investigating the aerodynamic interaction between the coolant gas and the hypersonic cross-flow within the boundary-layer downstream of the injector.

His pilot project, From Slums to Rocket Science, was particularly well received where he held workshops on Aerospace Engineering in the slums of Bangladesh for children who had never experienced anything of that sort before.

Hassan has cherished the dream of seeing high-speed passenger aircraft and rockets ever since he watched the Thunderbirds as a child. Hence, the work he is doing here at Oxford lies at the very heart of his endeavours. Beside his love of aviation and space, he is an admirer of fine arts, and he often passes his leisure painting or sketching people or objects of interest. Furthermore, being fluent in English, German, and Bengali and having moderate knowledge of Japanese, he has an affinity to language and literature. Another hobby of his is collecting and using fountain pens. And if there is time for sports, without doubt, the great game of Cricket is his first choice! He is a member of the Wolfson-St Cross Cricket Team.

During his time in Oxford, Hassan has participated in numerous outreach programmes to promote science, especially to underprivileged children. He has personally undertaken several projects to encourage underprivilege children, especially girls, to join the field of STEM. His pilot project, From Slums to Rocket Science, was particularly well received where he held workshops on Aerospace Engineering in the slums of Bangladesh for children who had never experienced anything of that sort before.